Westminster Domesday fo 169b: Two agreements between Westminster Abbey and Merton Priory regarding Morden, (c) The Dean & Chapter of Westminster

There are several original charters relating to properties granted to or by Westminster Abbey, some still bearing the seals of the parties involved. Many charters and other agreements were copied into the Abbey’s cartularies. The cartulary known as the Westminster Domesday (WD) has copies of several documents relating to Morden. As some of the original documents have been damaged by damp, and others have been lost, the cartularies are of great value to the researcher.

Several of the documents relate to the same family holdings. However, the first document cited here relates to Merton Priory’s holding in Morden, probably part of their Spital estate in Morden (see Article below). The Morin family connection links it with the next two entries. The Kynnersley family held a ‘manor’ in that part of Carshalton near the present Rose Hill, from whom Westminster Abbey leased land in Morden ‘at Gildenhill’ from the 13th to 15th centuries, and it is likely that this was the former Morin/Cleygate grant. 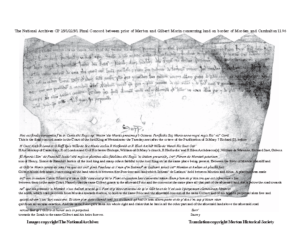 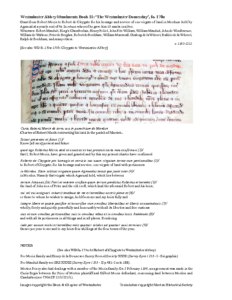 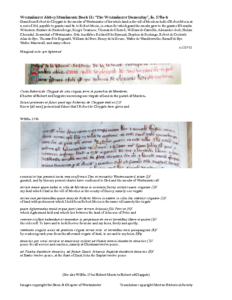 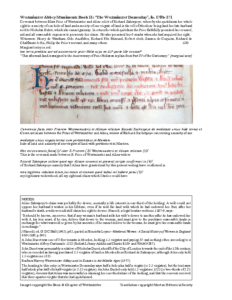 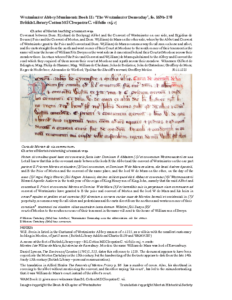 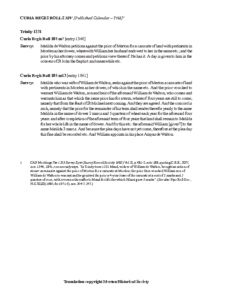 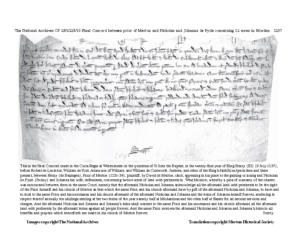 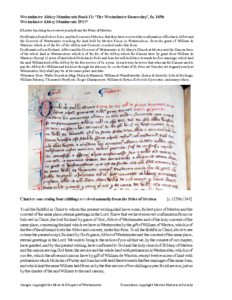 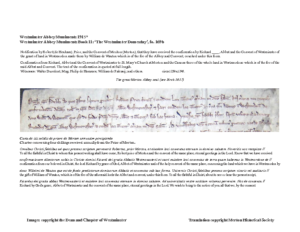 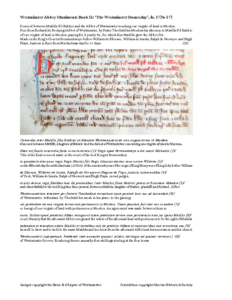 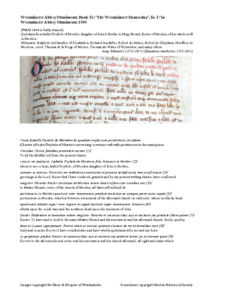 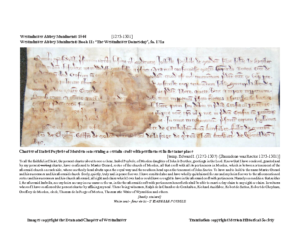 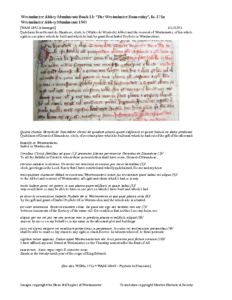 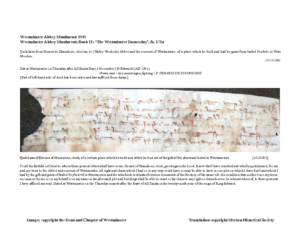 The initial transcriptions and translations were by Dominic Alexander, with corrections to the transcription by Shirley Corke. They have all been checked and corrected by Dr Mark Page.

Landholding in Morden around the year 1200