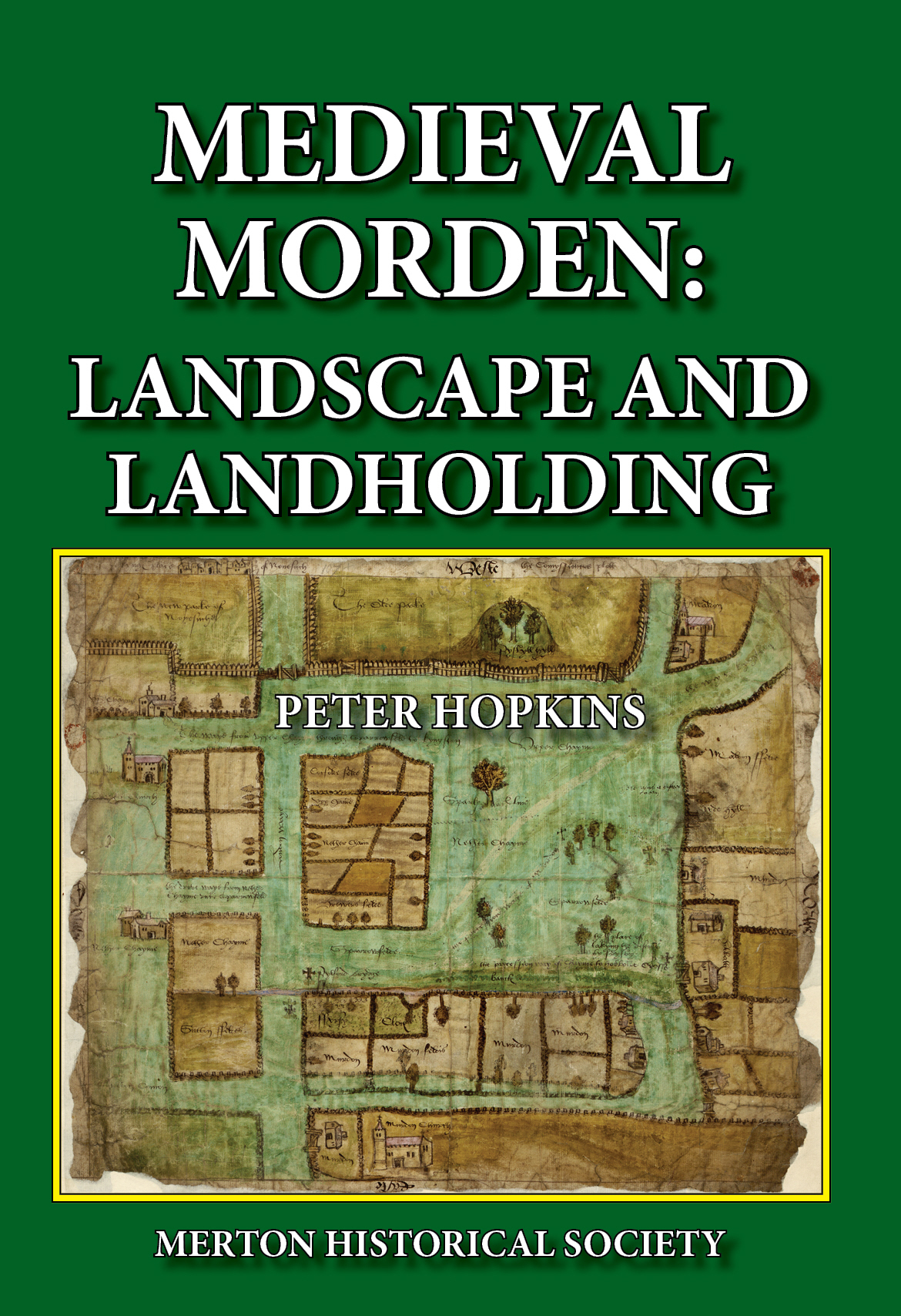 Peter Hopkins presents another painstaking analysis of medieval legal documents, found in a remarkable array of archives, his research buttressed by delving into an impressive array of scholarly books and articles.
Peter shows us which areas of Morden were in which medieval manor. He explains the different types of land-holding, traces landholdings through the successive ownership of parcels of land, large and small, details their expansion (through purchase or lease) and contraction (by sale, or alienation of a small parcel, perhaps to support a relative). This has meant locating many of the medieval fields, their names and changes, not to mention documenting family relationships (for almost the entire village!), including the successive marriages of some often-widowed ladies. Peter also discusses the individuals who bought and lost land, their changing importance in the local peasant community and their misdeeds, laid out in the manorial court. He explores mortgages, and even identifies part of a small medieval park (perhaps for rabbits, perhaps for hunting).
There are huge difficulties in this sort of vertical analysis – there are many gaps in the records, often of several years together, while the records are in medieval Latin (a far cry from classical Latin, containing many terms for which there was no equivalent in the past). Peter has consulted many experts in the language, and lays out much of his evidence in modern English translation, a major benefit for future scholars. As you will have seen from the article above, this series is itself a work of immense scholarship.

CONTENTS
1:   A STROLL THROUGH MEDIEVAL MORDEN
2:    VARIETIES OF TENURE, VARIETIES OF SOURCE MATERIALS
3:    THE MANOR OF RAVENSBURY
4:   THE DOMESDAY SETTLEMENTS IN MORDEN
5:   EXPANSION ONTO THE WASTE
6:   A MEDIEVAL GAME PRESERVE?
7:   THE BLACK DEATH AND ITS EFFECTS
8:   TREASURE IN HEAVEN?
9:   KEEPING IT IN THE FAMILY
10: THE MEDIEVAL PROPERTY MARKET
11: ACCUMULATION OF HOLDINGS
12: THE TUDOR LANDSCAPE
13: DREDGING UP THE EVIDENCE: THE LOCATION OF HOLDINGS
NOTES AND REFERENCES
INDEX

Transcripts and translations of most of the medieval record relating to Morden may be seen on our website, under morden-manorial-records. The present volume is the second of three.