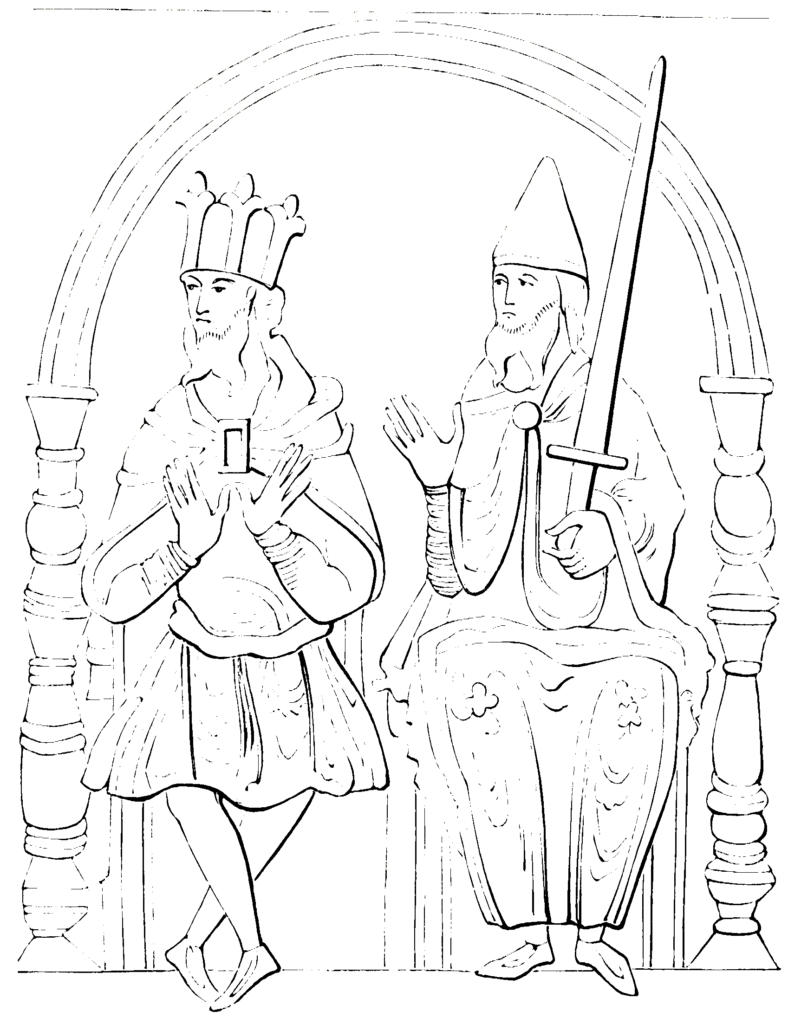 Merton first appears in extant records in a Latin charter of 949 in which King Eadred granted ‘Mertone’ to a man called Wulfric. In 967 King Edgar granted Merton to Ælfheah and his wife Ælfswyth (see Bulletin 197), and this charter includes a description of the boundaries of the estate, written in Old or Middle English. Starting from a ‘boundary pool’ on the Wandle in the south-east of the estate, the boundary markers were a ‘slade enclosure’ on the south, a stream (the Beverley Brook) on the west, passing ‘hoppinge’, a marsh and a ‘rough pool’. On the north was the ‘Wimbledon people’s boundary’ leading to a ‘hop’ or enclosure to the north of the ‘broad ford’ crossing the Wandle. The river then formed the ‘Mitcham people’s boundary’ with Merton, as far as the ‘boundary pool’ where the circuit began. (Translation by Dr Susan Kelly in Charters of Glastonbury Abbey (2012) pp.494-5)