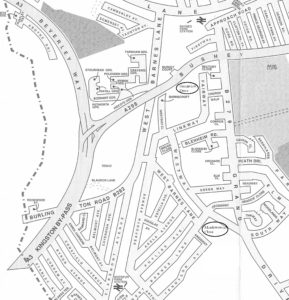 A Bronze Age boundary ditch and indications of animal husbandry which were found during the development of Greenview Drive, off Fairway, west of Grand Drive, suggest settlement activity in the vicinity. Fragments of Neolithic/Bronze Age pottery and flints were found to the south on the former Meadbrook site, now Meadowsweet Close, probably carried by the action of water from a nearby habitation site to the south-west. To the north, across the parish boundary is ‘Caesar’s Camp’, a large Early Iron Age enclosure on Wimbledon Common.