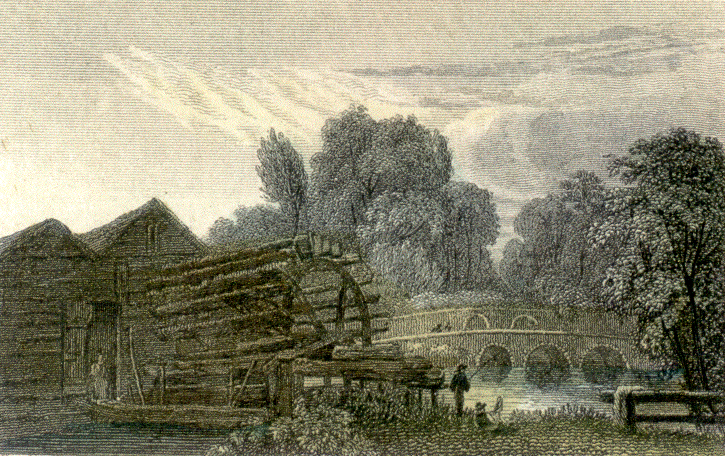 The Wandle has formed an estate boundary since at least Saxon times, when it was known as the Hidebourne, and for centuries it served as the parish boundary between Mitcham to the east and Merton, Morden and Wimbledon to the west.

However, throughout history landholders have held land on both banks of the Wandle. Merton Priory held many lands within Mitcham, the manor of Ravensbury consisted of lands in both Mitcham and Morden, and the area upstream of Mitcham Bridge formed a single estate for over 400 years, and included lands in Mitcham, Morden and Carshalton.

The Wandle was a working river, powering corn mills since before the Domesday Survey, and thereafter attracting a number of industries, including copperworking, papermaking and, especially, textile printing

The Wandle Industrial Museum specializes in these riverside industries. Visit their web site at www. wandle.org.uk.

Of particular value are Peter McGow’s ‘Notes on the Wandle Mills’ which he has made accessible on the Wandle Industrial Museum’s website at http://www.wandle.org.uk/mills/millsindex.html

The Wandle Industrial Museum’s programme of talks was cancelled as we went into lockdown. They are pleased to announce that three of their talks have been put online via their You Tube channel. These can be found at https://www.youtube.com/user/WandleIndMuseum. The three talks available for viewing and listening to are:

Their You Tube also includes other films that you may enjoy.