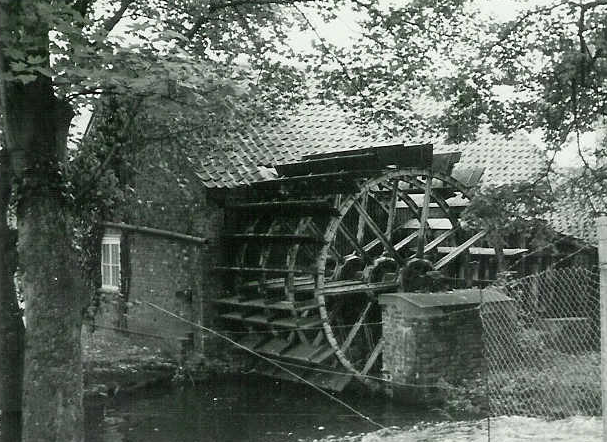 An old textile-printing works on the banks of the River Wandle, just upstream from the Morris & Co site, was taken over in 1832 by Edmund Littler, a member of a family of established printers.

The Littlers began to print high quality silk and woollen fabrics for Arthur Lasenby Liberty (1843-1917) after he opened his Regent Street shop in 1875, and soon their entire production was for Liberty. He bought the textile printing works in 1904.

Textile production continued on the site until 1982, though in the difficult later years the Liberty name was no longer used for the premises, and much of the production was for other customers. After the final closure the empty buildings deteriorated for a time, until the site was developed as a craft market in 1989. Some of the buildings used by Littler’s and by Liberty’s survive and have been adapted to new purposes. The development is called Merton Abbey Mills.