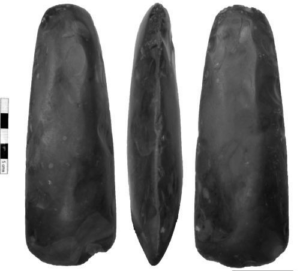 Two Neolithic flint hand axes or hoes from Mitcham suggest that by about 3,000 BC, if not before, land clearance and cultivation was already taking place with, presumably, settlement.

A group of bronze axes from the late Bronze Age of the last millennium BC was discovered near the site of Mitcham Junction station in about 1890.