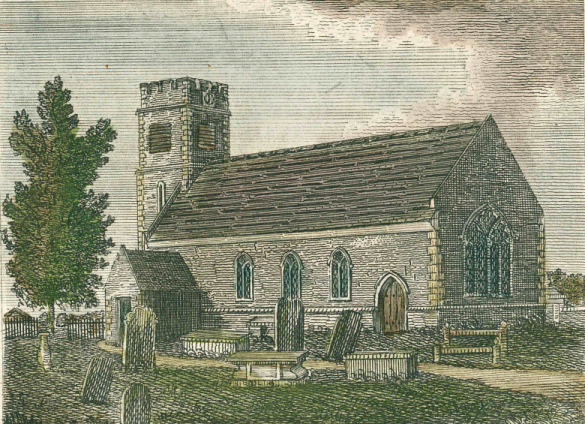 During the early 17th century both of Merton Priory’s former Morden estates also came into Garth ownership, though Spittle Farm was sold again in 1639, on the death of Richard Garth II.

The refurbishing of the church (see Bulletin 119) in its present form was started at this time. Most of the glass in the east window (see Bulletin 178) dates from this time, but the panels containing the Creed and Lord’s Prayer were part of the 1719 bequest of Elizabeth Gardiner, a daughter of George Garth, together with the pulpit and communion table. She was also responsible for the founding of the school in what is now The Old School House adjoining the Parish Hall. Elizabeth Gardiner’s monument on the south wall, and that to John Roland, died 1702, were probably from the workshop of Richard Crutcher (see Bulletins 201, 203), the sculptor/mason, who was of a Morden family.

A contemporary of Richard Crutcher’s father in Morden was William Arthurburie (see Bulletin 199), a member of a small, seldom heard-of religious sect known as ‘Brownists’.

By the mid-17th century the Garths had bought virtually all the freeholds and copyholds in Lower Morden, enabling them to complete the enclosure of the open fields and to reorganise the farms there. This was also the period when encroachments began to be made on Morden Common (see Bulletin 130). In 1661 John Dollett was ordered by the manorial court to ‘lay out’ his illegal encroachment but by 1664 he received licence to have a cottage there at 4d a year rent, and this property can be traced through later records into the 19th century, as can another first licensed in 1732 to Thomas Budd and Roger Steward.

Twelve Morden inhabitants contributed almost £19 towards a “Free and Voluntary Present” to King Charles II in 1661-2, following his return from exile.

It is difficult to identify specific properties in the Hearth Tax returns, but the one with 3 hearths occupied by ‘Widdow Downes’ was undoubtedly the inn later known as the George (see Bulletin 196). At the Surrey Quarter Sessions in 1661 Ann Downes of Mordon was licensed ‘to keepe a Common Alehouse or victlinge howse in the howse there shee now dwelleth’, and Thomas Downe of Morden, ‘taylor’, had been the occupant when the property was sold in 1658. There had been an alehouse on the site from at least the 1460s, though it took the name the George in 1699, when inherited by George Quarrington, having previously been known as the Halfe Moone. The 1839 edition of Pigot & Co. Royal National and Commercial Directory & Topography calls the inn the George & Dragon, but Robson’s Commercial Directory of London & the Six Home Counties for the previous year still calls it the George.