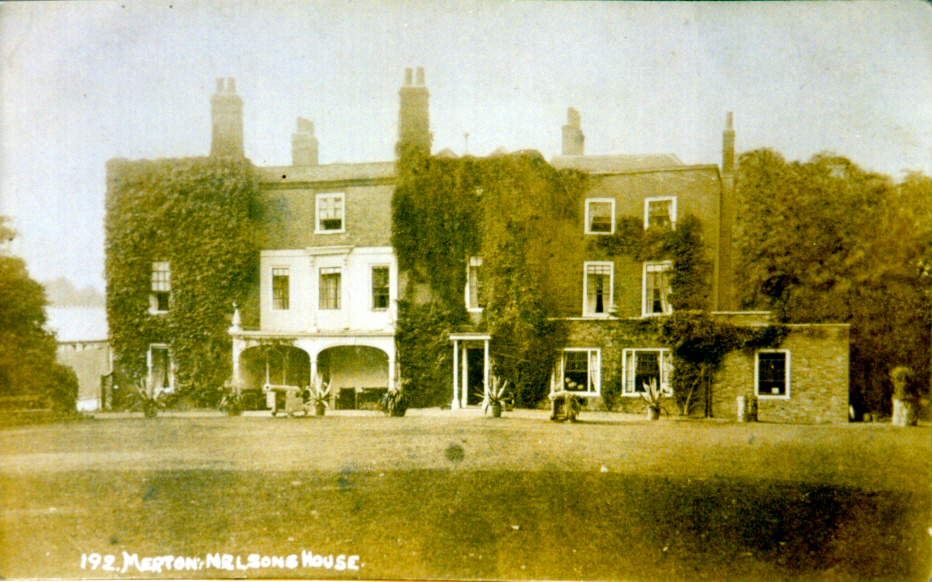 The rear of Gate House, Merton, from a old postcard. (Not Nelson’s Merton Place!)