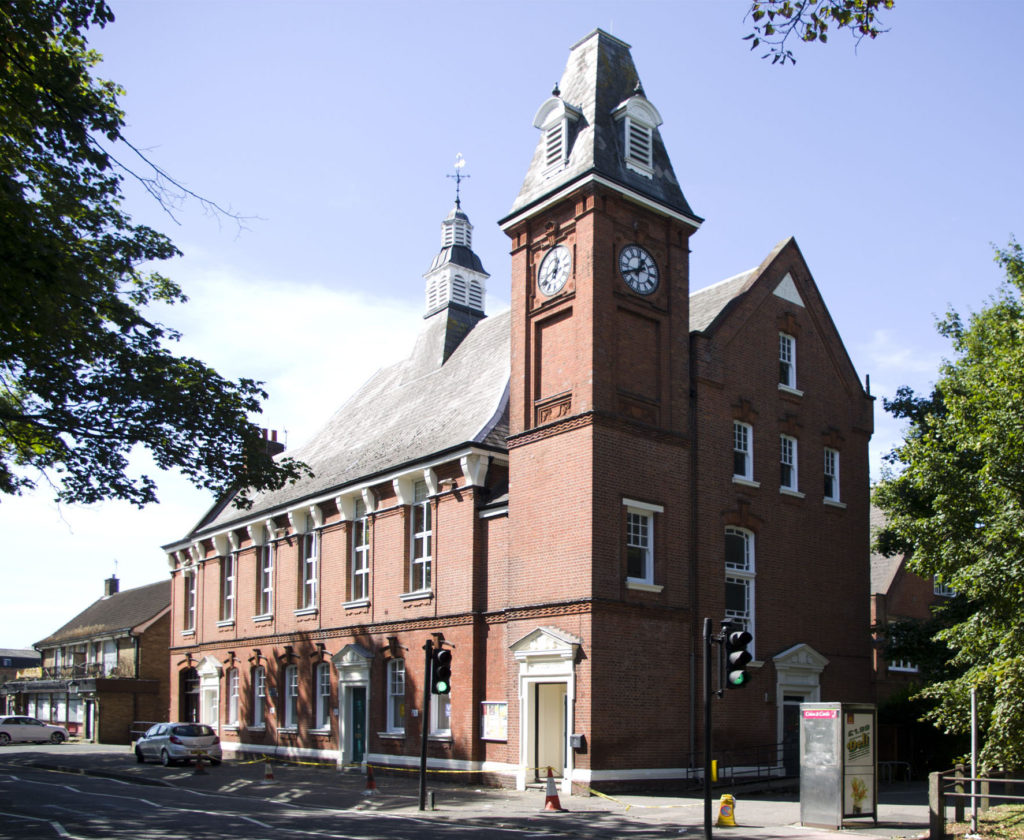 The Vestry Hall, London Road, Mitcham CR4. This council-owned building now houses volunteer and charitable organisations. It was built in 1887 on a site used from 1765 as a ‘Watch House’ or gaol. This earlier building, after its use as a prison had ceased, was converted to house the hand-operated fire engine.